The Role of Oxygenation in Barrel Aged Spirits – Part I

Oxygenation plays an important role in the maturation process which is why we devote a portion of our research efforts to further our understanding of this process.

Oxygen can enter the barrel the following ways:

Determining which pathway provides the most oxygen to the spirit is continually being tested. One experiment showed that most of the oxygen entered through joints within the first two years.*

There are multiple variables that influence the rate of oxygenation that we cannot control, such as temperature. Figure 1 below shows oxygen solubility in water as a function of temperature and pressure (showing that pressure has an effect as well)

To add further complication, the effects of these variables are not static throughout the aging process. As the barrel ages, the wood becomes increasingly more saturated with alcohol. As this happens, the rate at which the oxygen can permeate through the wood changes. The diffusion of oxygen in air is multitudes greater than that of its diffusion through water. This suggests that as the barrel becomes more saturated over time, the rate at which oxygen transfers through the wood slowly decreases. Furthermore, the diffusion coefficient of oxygen in ethanol differs from that of water which would suggest that entry proof has an effect as well.

Oxygenation is arguably the most complex process taking place during maturation and involves many variables. Because of this, its effects are not completely understood. In the next post, we will move away from the mechanical aspect of oxygenation and focus on the chemistry by looking at some of the different reactions that take place within the barrel. 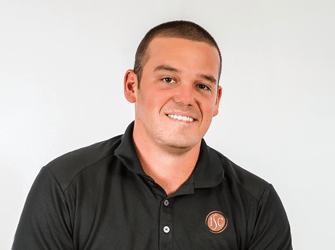 As a self-described, "bourbon fanatic" Andrew enjoys drinking and studying the history of bourbon. He also owns and operates a farm in Oldham County Kentucky that develops custom corn breeds for use in distilling.