ISC Barrels is proud to sponsor and judge the long tradition of the Kentucky Bourbon Festival World Championship Bourbon Barrel Relay™. The first bourbon barrel relay was held in 1991, 26 years ago, and was sponsored by Kentucky distillers. At its inception, there was a single category – the Men's Individual Relay – won that first year by Sammy Samuels of Heaven Hill. Then, in 1993, the relay was incorporated into the Kentucky Bourbon Festival and the relay champion was Mike Pelosi of Ancient Age.

In 1994, a Men’s Team Relay was added. A Women’s Team and Individual Relay began in 1997 along with a Single Barrel Roll-off between the Men’s and Women’s individual champions.

Winning the relay comes with sorely sought after bragging rights for the year. Working in the bourbon industry in Kentucky often runs in the family – siblings, cousins, nephews, etc who work for different distilleries enjoy the competitive spirit the relay brings. And winning is definitely something to bring up at family gatherings all year long. 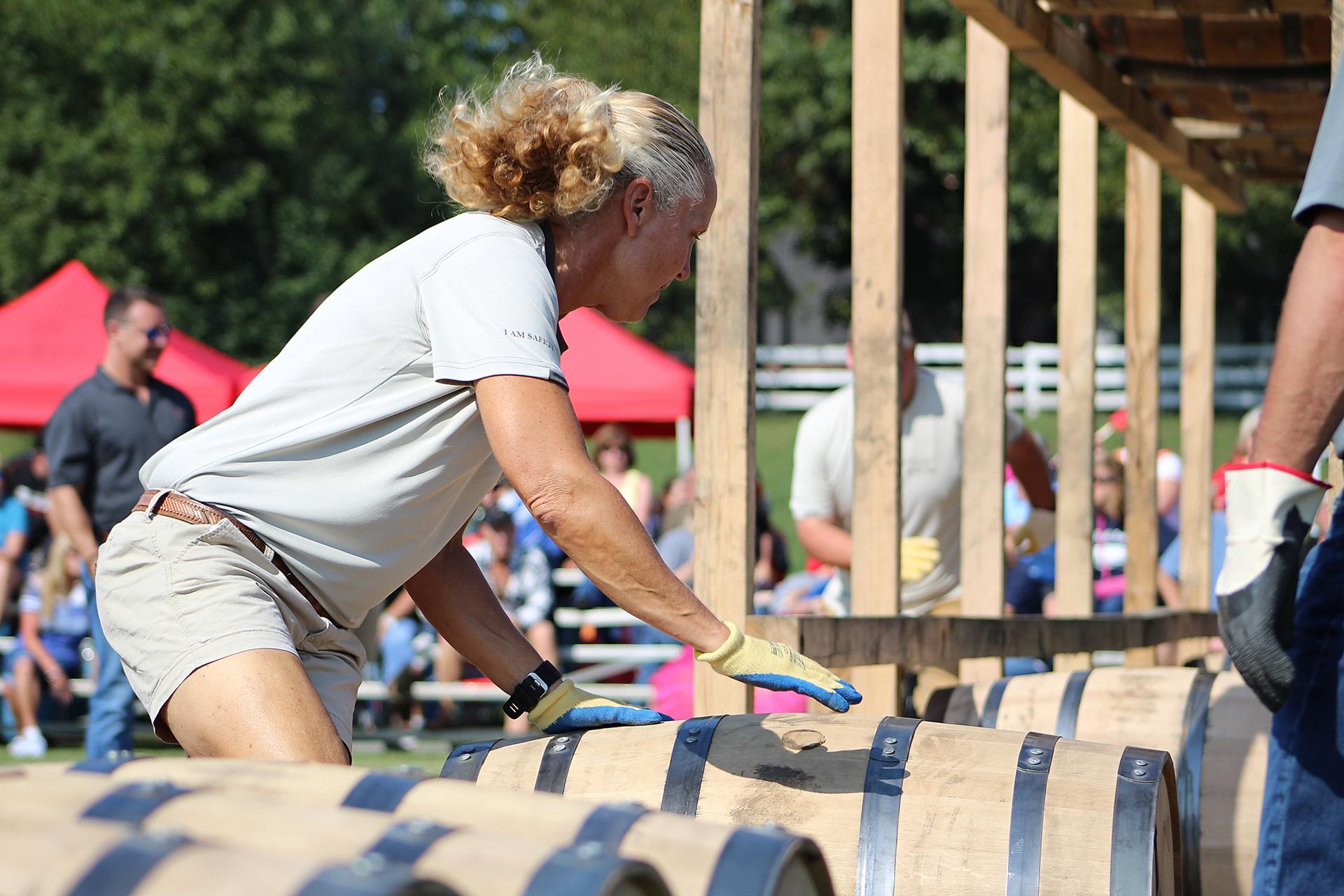 The Individual Relays consist of rolling barrels through the course and ricking them (five for women, ten for men) with a partner known as a "rick person" or "rack person". The fastest net time to rack the barrels wins. Scoring is calculated as gross time minus 10 seconds for every barrel with the bung in the "up" position. This means women can earn up to 50 seconds off their gross time and men can earn 100 seconds off their gross time.

Both the Men's and Women's Team Relays consist of a four person team, a coach, and ten barrels to roll through the course and rack. Scoring is calculated the same as the individual relays.

The barrel is considered "Bung Up" if the bung position is measured 3.25" from the straight up (or 12 o'clock) position on either side. Approx. 11 o'clock to 1 o'clock. 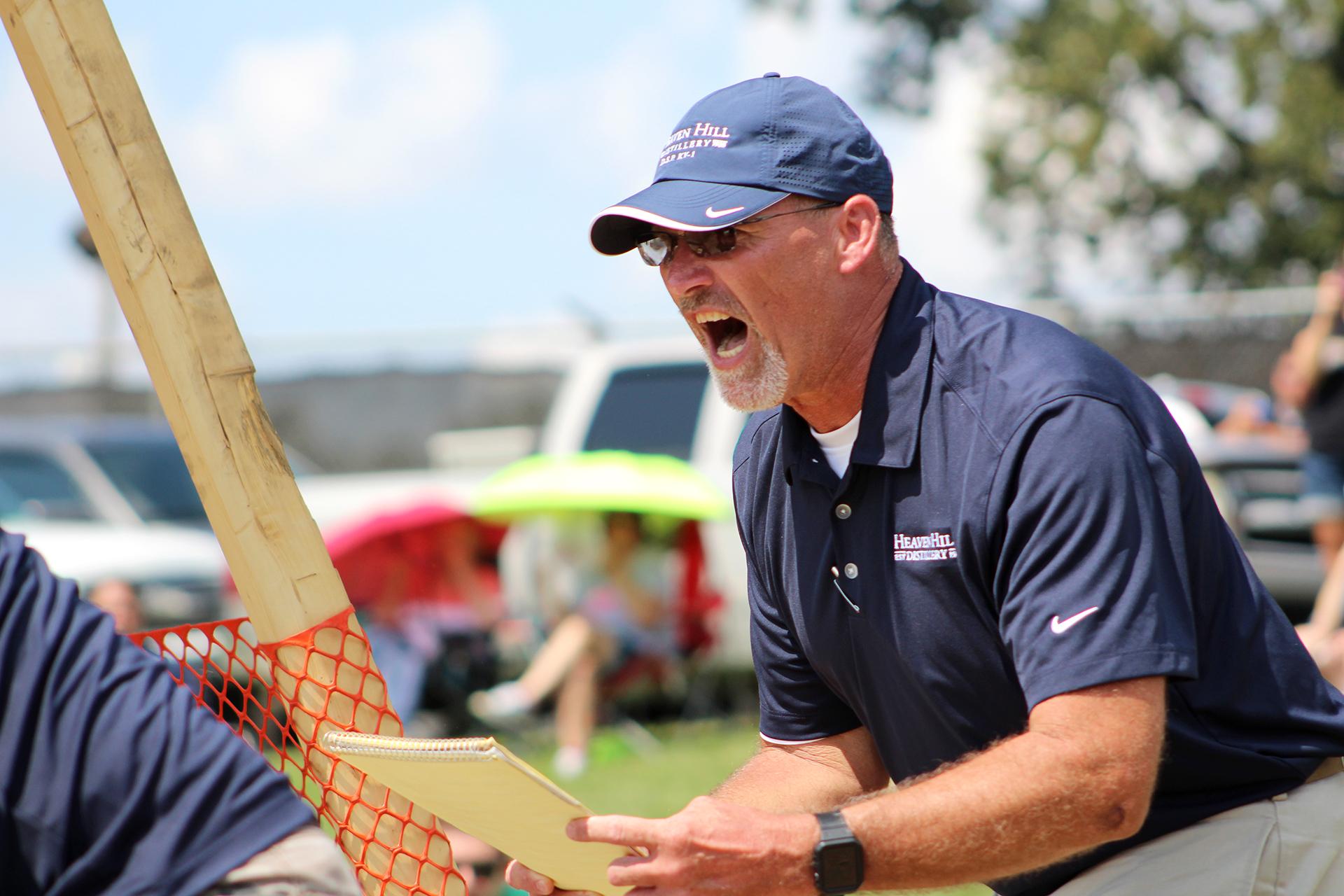 Jodie Filiatreau has been the Coach of the competitive Heaven Hill barrel relay team for the past 25 years (counting one year prior to the event being included in the Kentucky Bourbon Festival). He loves being part of the camaraderie between the teams and the fun, competitive spirit the relays bring.

Around the last week in July Filiatreau puts a sign-up sheet together for Heaven Hill. He said, "If we have winners from last year, the automatically get to defend their title. Other individuals who sign-up practice with us for a few weeks and then we have a roll-off. The fastest times make the team. We pick four team members and one or two alternates."

Practicing for the relays is important, and begins in the summer. "Practice is twice a week in August and September leading up to the relay where we work on both accuracy and speed. At Heaven Hill we have our own practice course. It's a big commitment for the team and individuals who participate, but also a lot of fun." said Filiatreau. 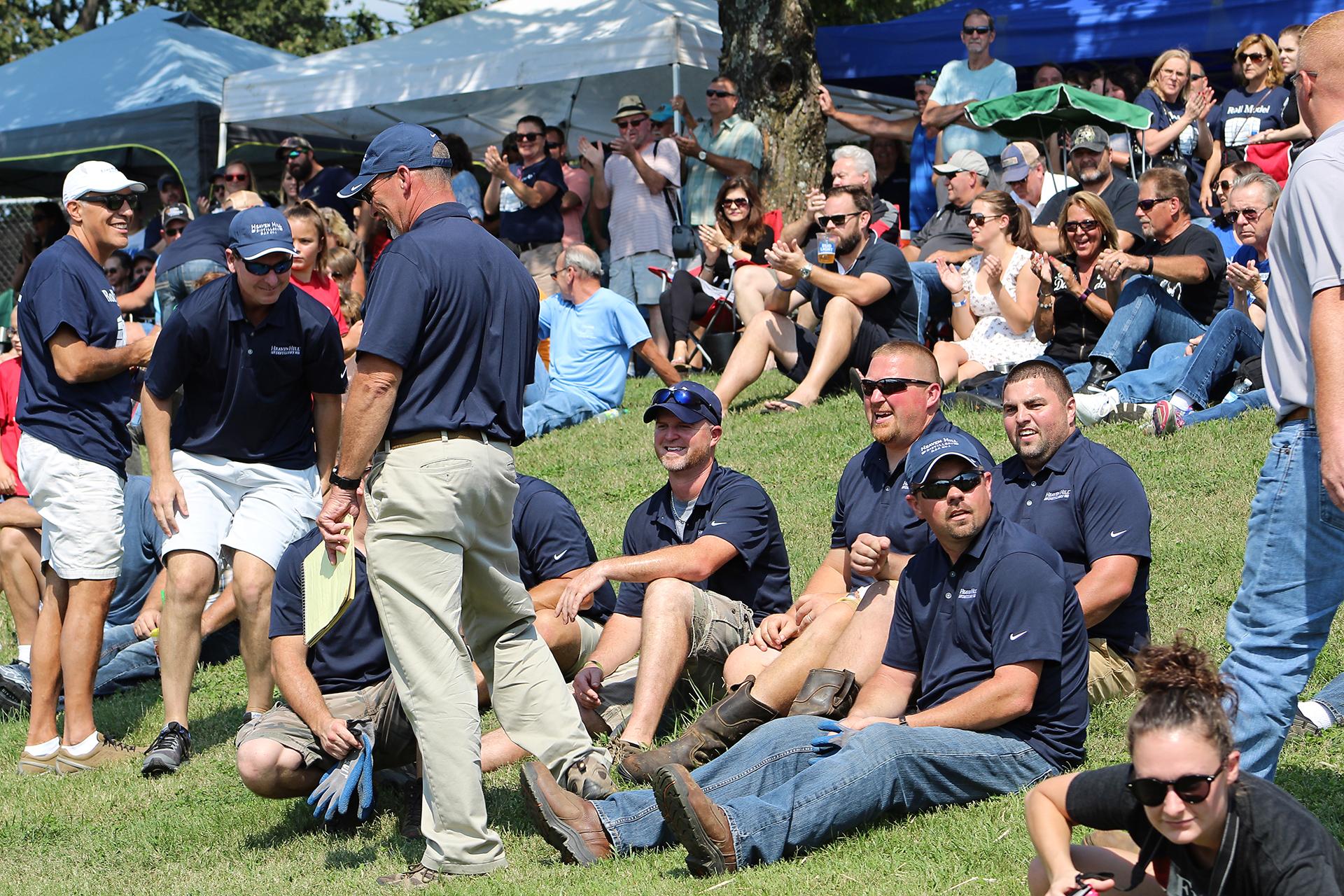 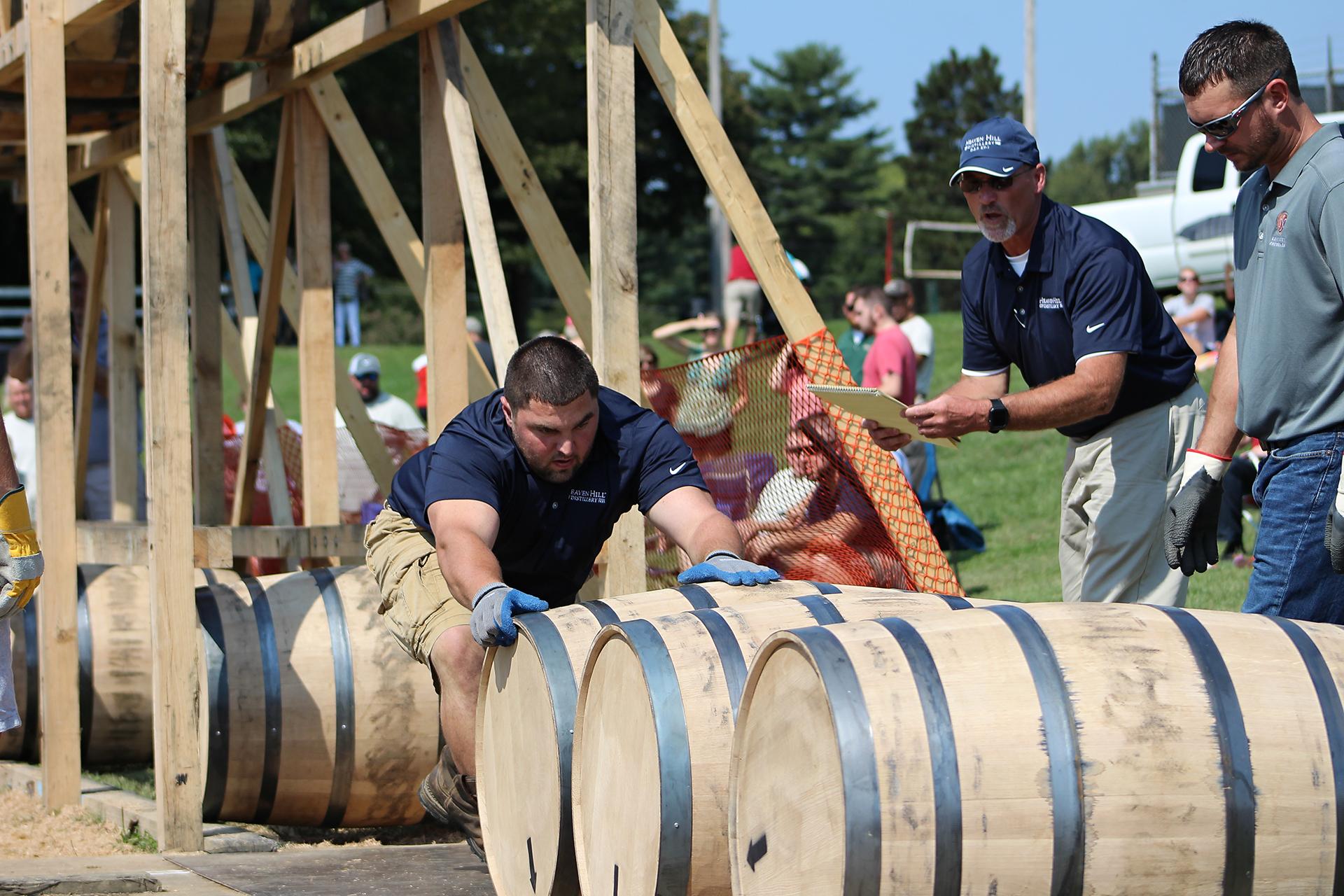 Congratulations to the 2017 winners! 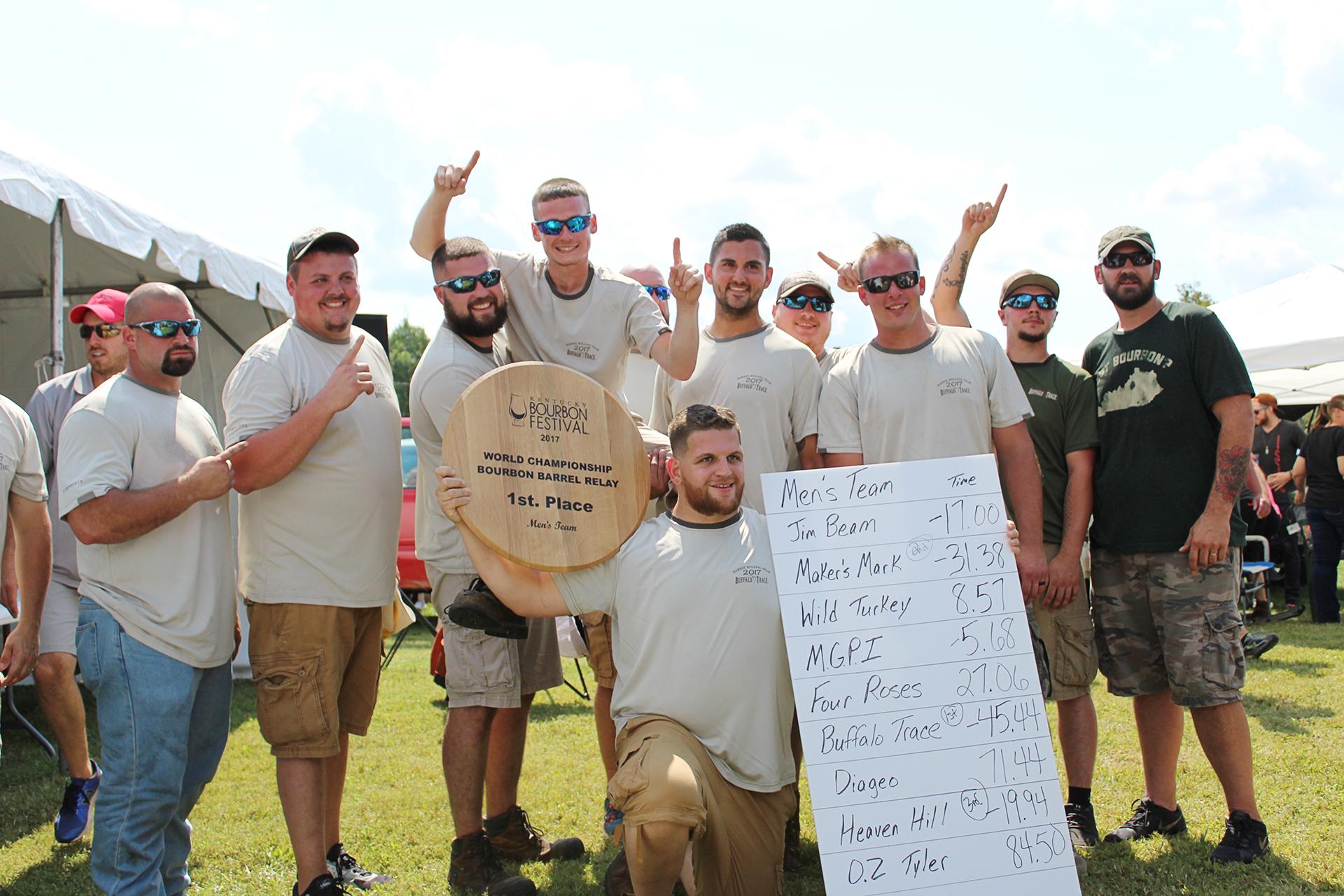 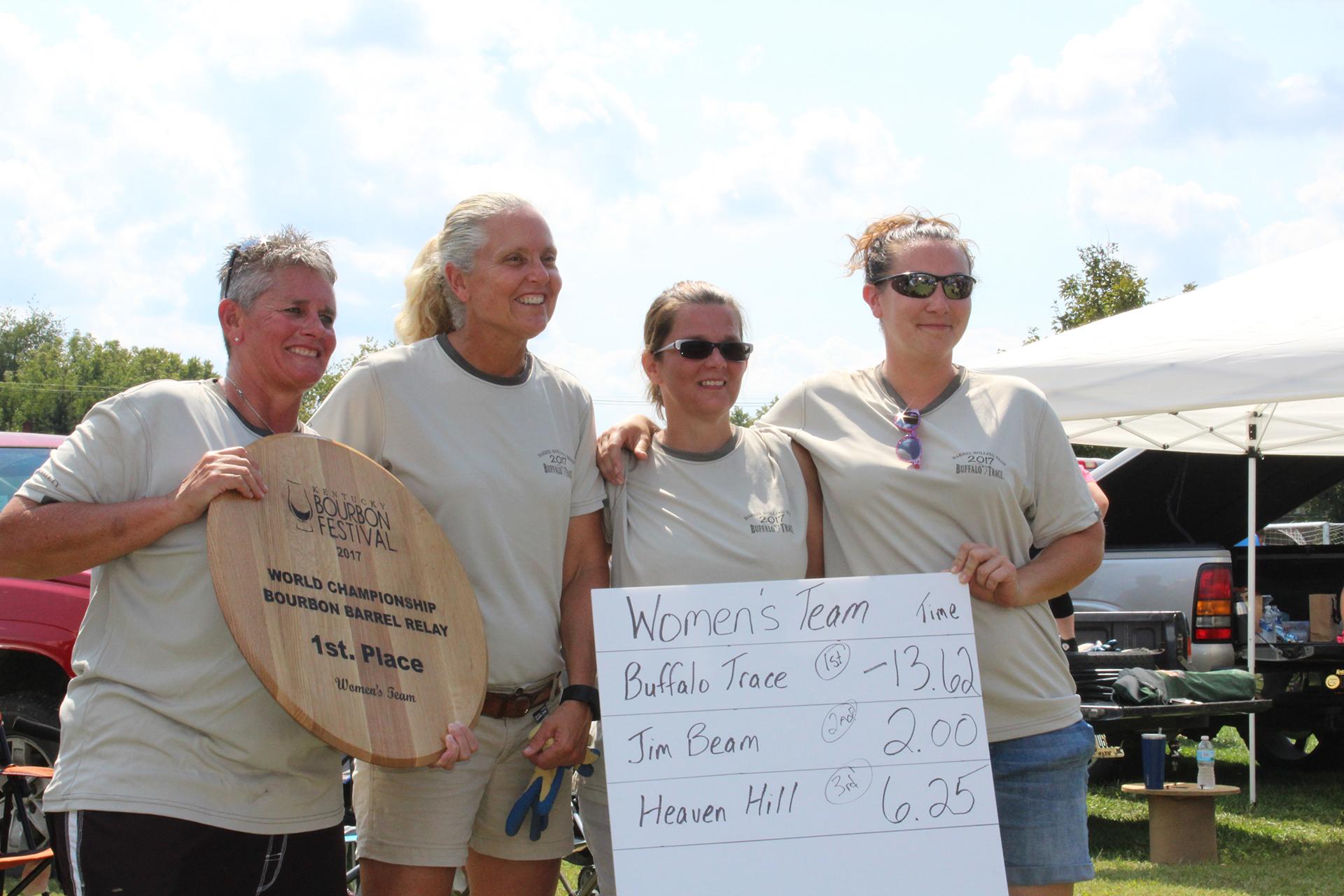