As coopers, we are often asked about the different char levels. Mainly, “Why are the higher char levels –  Char #3 and Char #4 – the industry standard?” Much like the genesis of the charred barrel itself, there isn’t one definitive answer. According to our records, the current char level system wasn’t used until the 1950’s. Prior to that, the level of char was determined by the thickness of the char layer. Purchasers of bulk whiskey would request product that had been aged in barrels charred to a certain depth as opposed to requesting Char #1 or Char #4. This is shown at the bottom of this letter dated February 15, 1826, from a Lexington, Kentucky grocer to Distiller John Corlis. 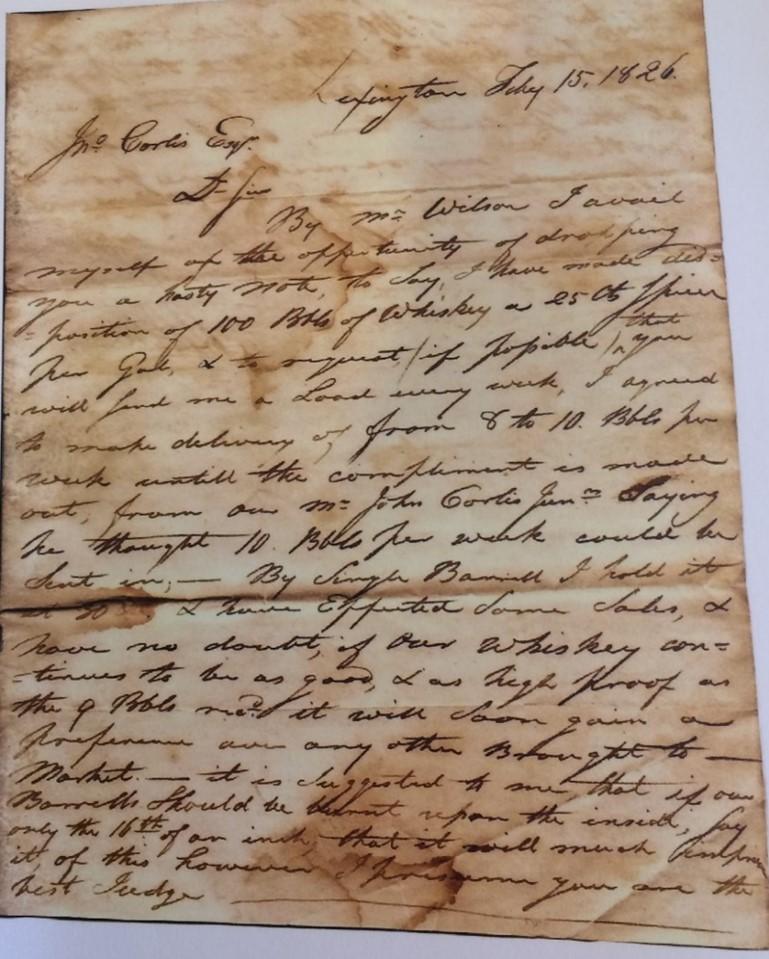 However it came to be, the heavier charred barrel is the most popular barrel that we manufacture today. While Char #3 and #4 work well in almost every situation, when it comes to double barreling, our Char #1 might be worth considering. Let me show you why.

What follows is data obtained from a few different experiments we have done in the past. It is important to understand that Char #1 will produce the same flavor compounds as a Char #4 but each will extract at different rates. The data in Figure 1 comes from our latest char level experiment laid down in 2019 and shows the extraction rates of both Char #1 and Char #4 barrels at 12 and 24 months in barrel. 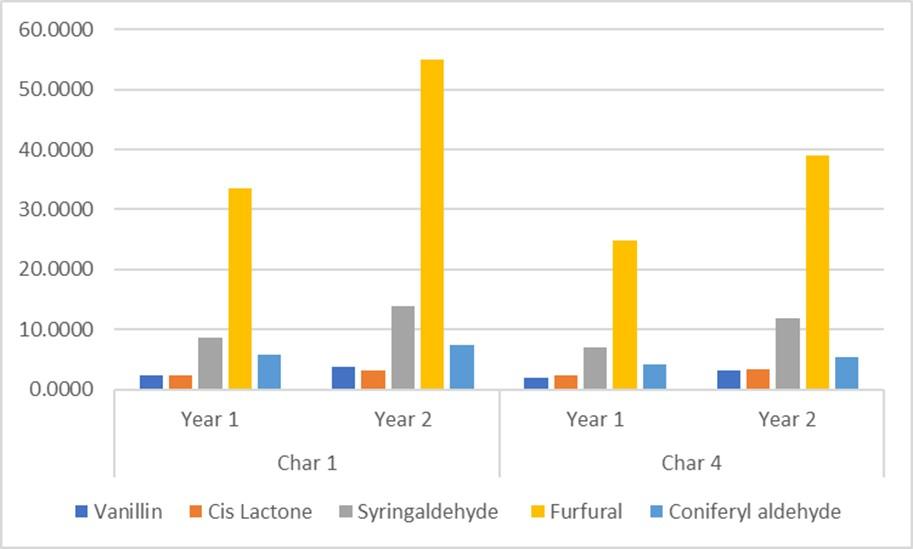 We can see that after twelve months; the Char #1 barrel contains more extractives than the Char #4 barrel. Moreover, between year one and year two, the Char #1 experienced a larger increase in extractive concentration. If more extraction is the goal in your double-barreled product, keeping the char level low on the secondary barrel will benefit the cause greatly. In 95% of the double barrel applications, we are going to recommend a barrel with a light char and possibly a toast if more extractives are needed.

We know that the charred layer of the barrel contains very little flavor due to the intense heat of the charring process. We also know that the char layer, being essentially a layer of carbon, serves as an exceptional filter. As such, some flavor compounds that were brought into solution during primary maturation can be diminished when introduced to a fresh layer of char. See Figure 2 below. 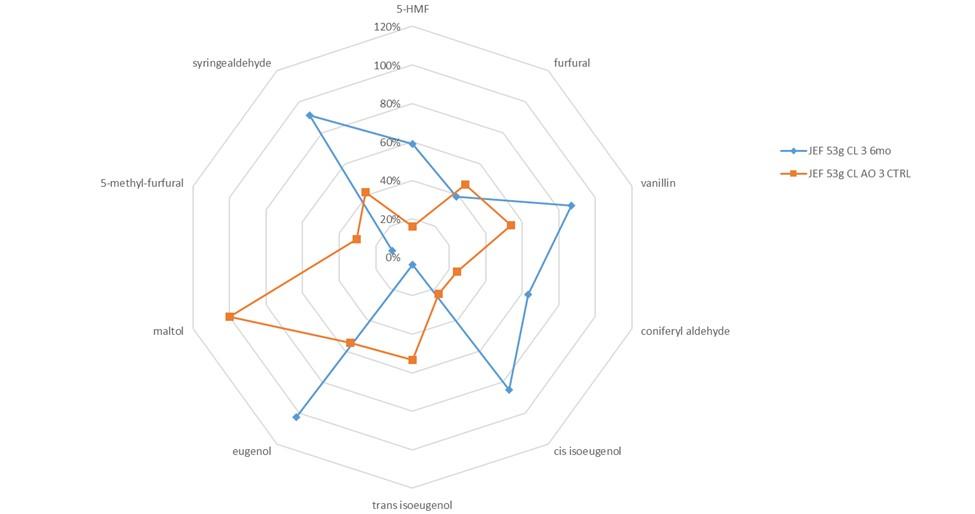 The results shown in Figure 2 are from a double experiment we laid down in 2019. As we can see, when we double barreled our base whiskey into a Char #3 barrel (blue outline) we reduced the concentration of some of the compounds present in the base whiskey (orange outline). This will happen in a Char #1 barrel as well but keeping in mind what we learned on the previous graph, the recovery of flavor will be much quicker, and the effects of filtration will be diminished due to the layer of char being thinner.

If you would like to learn more about the best barrel configurations and toast profiles for double barreling, don’t hesitate to give us a call; we would be happy to discuss the wide range of possibilities. In our next post about double barreling, we will talk about how long we should keep product in the secondary barrel and how that time frame affects our decision on char level.