Most of you who follow the ISC Barrels blog are familiar with the use of new charred oak barrels in the bourbon making process. You also know that once the aged bourbon is dumped, the barrel can no longer be used for bourbon production and is sold to another producer to start a new life.

Many used bourbon barrels go to Scotland, Ireland, Mexico, South America, etc. to be used for the maturation of other spirits which do not require new barrels. In 1992 Goose Island created the first bourbon barrel aged beers and started a new category in the craft beer segment. But did you know that this same trend is now a phenomenon in the wine industry?

Wines have long been aged in oak barrels to improve their flavor, texture, and aromas. Typically, a wine will be aged in barrels that are both new and used. The new barrels are often made from American white oak or French oak and have been toasted over an open fire for 30-40 minutes. The used barrels are simply used wine barrels from previous vintages that stay in production for 6-7 years.

In 2014 Fetzer Vineyards deviated from that tradition and released a wine called “1000 Stories” which was a red Zinfandel that had been matured in new and used bourbon barrels. Since then the category has taken off with new entrants coming in on a regular basis including notable producers like Robert Mondavi, Cooper & Thief, Bogle and Apothic.

Noah Steingraeber works for our sister company, Kentucky Bourbon Barrel, supplying used barrels to various wineries in California. He recently made a visit to the market and I caught up with him a few days after his return:

Q – Noah, how is the market for used bourbon barrels progressing with west coast wineries?

NOAH – We have seen a tremendous increase in demand from wineries in the last few years looking for used bourbon barrels. The initial release of 1000 Stories was a huge success and others want to capitalize on this new category.

NOAH – Well, there is a lot involved in making wine and the barrel is just one component of the process. From the recent barrel tastings I participated in, I would say that bourbon barrel aged wines tend to be very aromatic with lots of vanilla and caramel notes coming from the barrel. They also tend to be slightly higher in alcohol because of the bourbon that was still in the barrel after it was dumped. The bourbon character isn’t exactly noticeable but it does add a certain “jammyness” to the fruit flavors that I particularly enjoy. It’s a good balance.

Q – Are you starting to see winemakers experiment with other types of exotic used barrels?

NOAH – Yes. We recently sold some premium used tequila barrels to a winery that plans to age Chardonnay in them. They are wanting to extract the minerality and earthiness from the agave that is used to make tequila. I am excited to see what the result is. 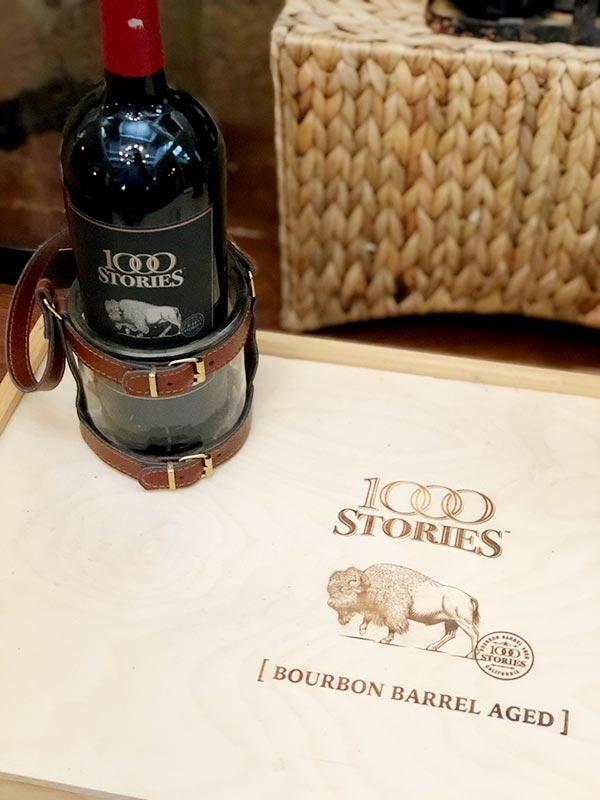